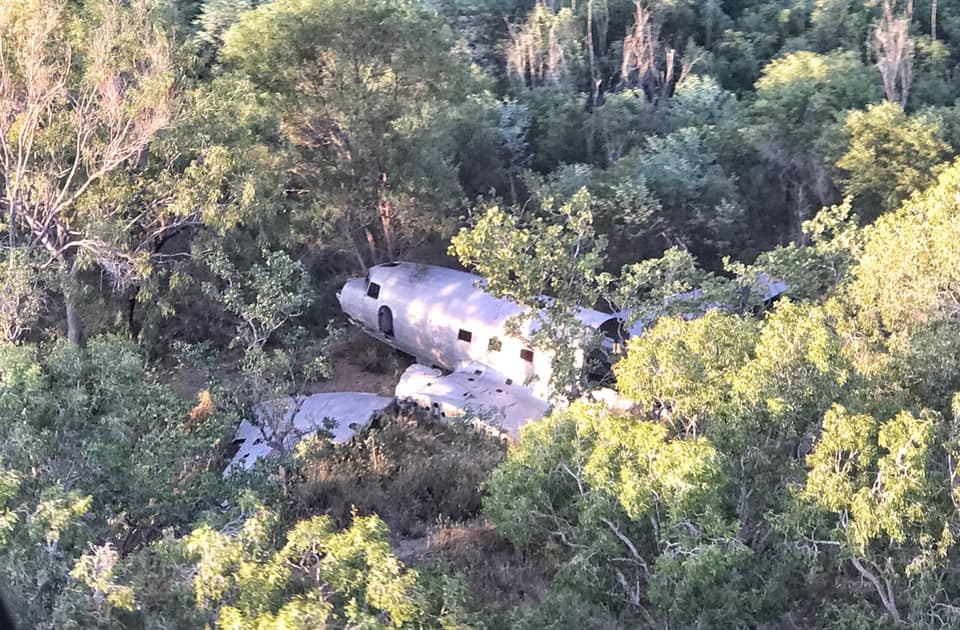 Flying over the DC3 plane wreck in Vansittart Bay. Read on to learn about the miraculous survival behind this plane crash.

On the 26th of February 1942 during World War II, an American Douglas C-53 (DC3) went missing on a ferry flight between Perth and Darwin. The pilot was meant to land in Broome but after becoming disoriented in the dark, the aircraft flew past Broome and after running out of petrol was forced to make an emergency landing on a mudflat (seen in the video) in Vansittart Bay ,which is located some 600km from Broome.
Luckily, the four crew members and two passengers survived the landing. The two passengers were in the Australian Army reserves and were on their way to Darwin. The men were trapped on the beach for three days and were forced to use pipes from the downed aircraft to distil drinking water until they were rescued by the Corinthian, a commercial flying boat owned by Qantas.

Considering the remote location of the wreck site, it’s incredible that the men were located so quickly.