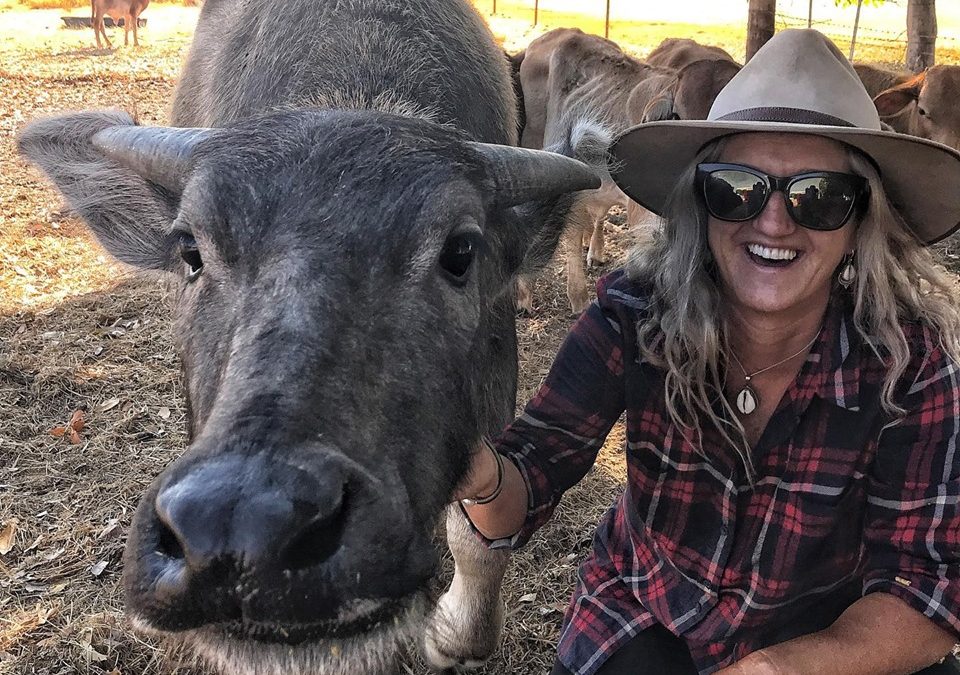 Water buffalo were imported to Australia in the 19th century to supply meat to remote northern settlements.

The settlements and their buffalo were abandoned in 1949 and despite harvesting for meat, hides and as hunters’ trophies’, feral buffalo spread across the northern floodplains.The Brucellosis and Tuberculosis Eradication Campaign reduced feral buffalo numbers significantly in the 1980s and 1990s but numbers are again very high right across northern Australia causing significant damage to wetlands….even though they are environmental impactors I still have a soft spot for cattle, as growing up on a dairy farm in NZ, and milking cows for pocket money was my childhood upbringing.

Now my mate Grace Mitchelson (featured in the next photo) works and looks after this baby buffalo at Bullo River Station https://bulloriver.com.au/ can’t wait to see what he’s like when he’s big! 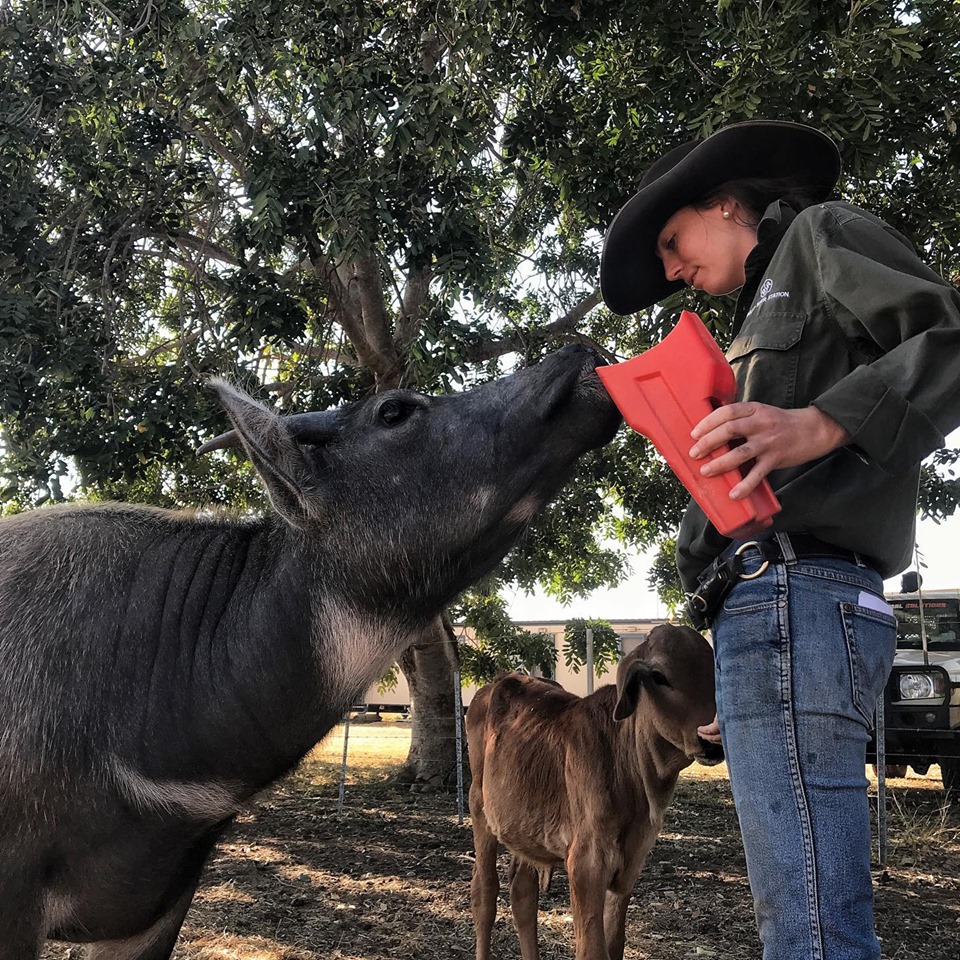 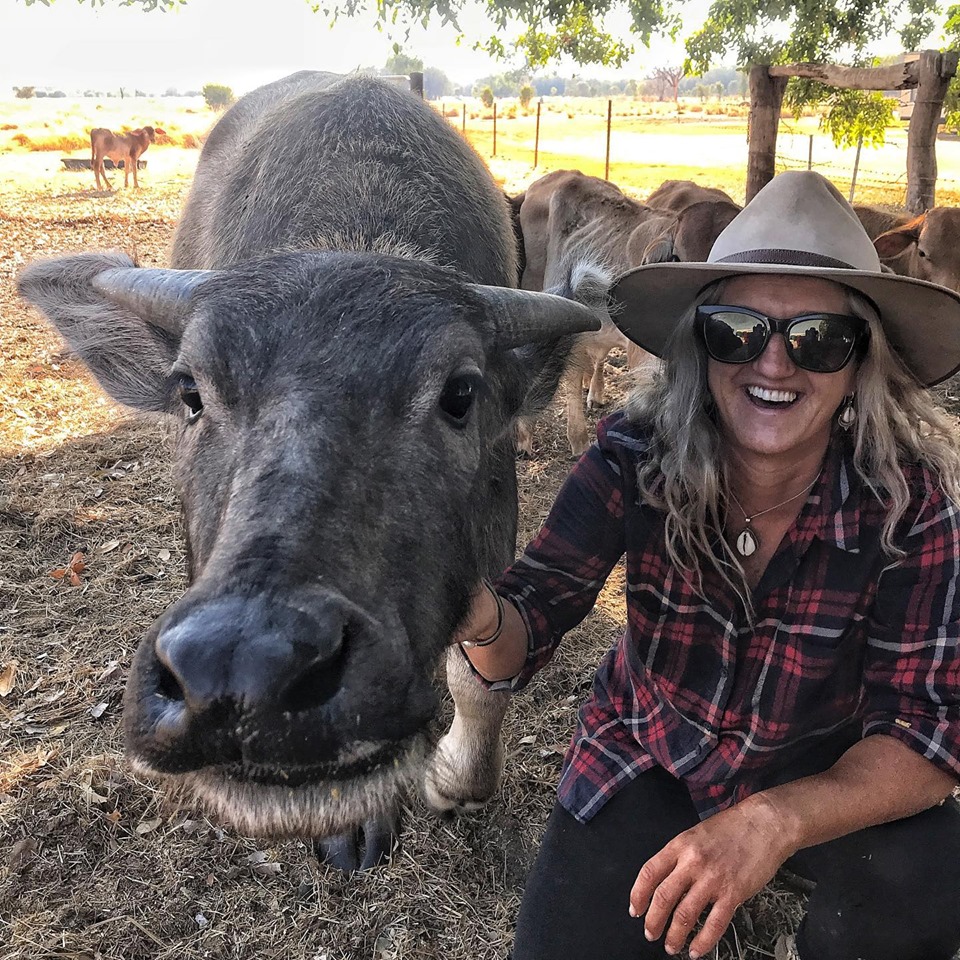